Online and Print Resources for Philosophy 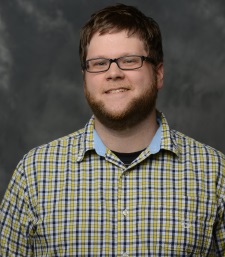 Walter Kaufmann spent 33 years (1947-1980) teaching philosophy at Princeton. And more than anyone else, Kaufmann introduced Nietzsche’s philosophy to the English-speaking world and made it possible to take Nietzsche seriously as a thinker – something there wasn’t always room to do in American intellectual circles. Without simplifying things too much, Kaufmann saw Nietzsche as something of an early existentialist, which brings us to these vintage lectures recorded in 1960.

Michel Foucault (1926-1984) was an enormously influential French philosopher who wrote, among other things, historical analyses of psychiatry, medicine, the prison system, and the function of sexuality in social organizations. He spent some time during the last years of his life at UC Berkeley, delivering several lectures in English. And happily they were recorded for posterity:

These lectures given from 1980 - 1983 include four lectures on truth and subjectivity, six lectures on discourse and truth, and three lectures on "the culture of the self."

Open Culture  serves as an aggregater for free educational media.  Plenty of free philosophy podcasts and video lectures exist on the internet, and now there is no need to spend hours searching for them in various places.

Open Culture offers dozens of philosophy courses provided by such universities as Oxford, Notre Dame, The University of Chicago and UC Berkley.  There are courses on historical eras such as Ancient and Medieval Philosophy; historical figures such as Nietzsche, Kant or Hegel; specific works such as Plato's Republic or Heidegger's Being and Time; and topics including environmental ethics and death.